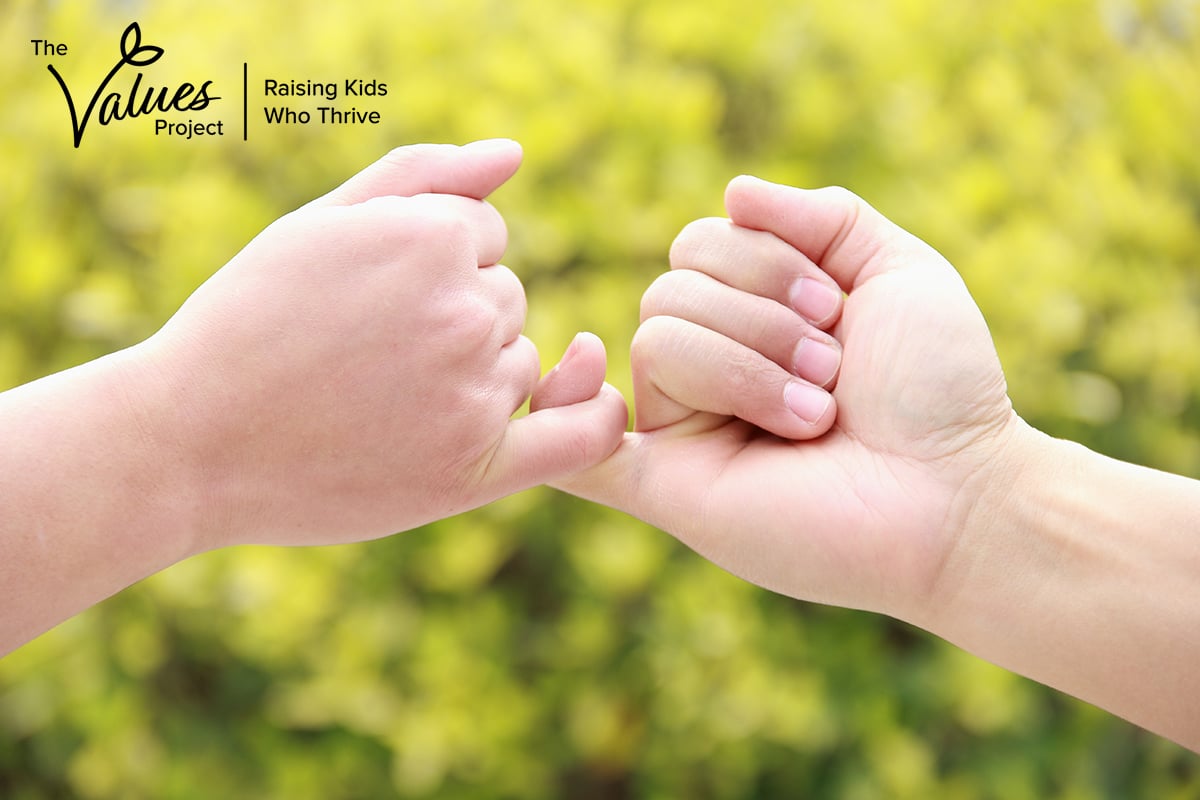 Loyalty is often defined as being true to your word. That means loyalty has two parts: a promise and an action. Sometimes those promises are made for us, like when we’re born into our particular family, when we say the Pledge of Allegiance together, or when parents have their children baptized. Other times, we choose our promises, like when kids make a new friend or agree to a set of classroom rules. Loyalty is all about saying what you mean and meaning what you say -- both making a promise that you feel is true and right, and following through on that promise. That means loyalty can look like a lot of things! Sometimes when we encourage kids to be loyal, it means sticking by their friends no matter what happens. But being loyal can also be about pointing out when a friend does something wrong, and asking them to do better. That’s being loyal too, even if it requires some conflict and work.

One of the best examples of loyalty in the Bible is found in the story of Ruth (between the book of Judges and the book of 1 Samuel). Ruth wasn’t one of the chosen people of God -- she was a foreigner who married into God’s chosen family. When her husband died, she could have gone back to her parents. Instead, she followed her mother-in-law Naomi, who was going back to Judah. Naomi tried to tell Ruth not to go with her; it was going to be a hard journey and a hard life. But Ruth said, “Where you go, I will go; where you stay, I will stay; your people shall be my people, and your God my God.” Ruth had decided the promise she made to her husband was a promise she’d made to his whole family, including Naomi -- and Naomi’s God! Ruth became a believer in the God of Abraham, Isaac, and Jacob.

Ruth was loyal to Naomi, even though it meant leaving the only home she’d ever known. Her loyalty was recognized and rewarded. She married a kind and generous man named Boaz, and they had a son named Obed. Centuries later, the great-many-times-over-grandson of Ruth, named Joseph, would become the earthly father of Jesus! (You can see the whole list in Matthew 1:1-17.) Ruth’s loyalty brought her not only into a new land and a new family, but into the whole family of God in Jesus.

Loyalty is all about promise and action. Sometimes it can be as simple as reminding an older child that promising to walk the dog isn’t enough -- they need to do it, too! That shows loyalty to their word and to the animal they are responsible for. Sometimes loyalty is more complicated. Ruth was loyal to Naomi, but she could have chosen to be loyal to her own family, too. When we face tough decisions, knowing what we’re loyal to can help a lot. If we sign up for something that turns out to be harder than we expected, like trying a new sport, we can just want to quit. But there are bigger questions at play! We could try to be loyal to our word -- we signed up for the team and we need to see it through. Or we could also be loyal to our own needs -- if we have tried our best and are causing problems not just for ourselves but for the team and the coach, sometimes the loyal thing is to say “This isn’t the right fit for anyone.” The next time your child -- or you! -- is struggling with a big decision, help them think about loyalty. What promises did they make? What does it mean to live out those promises? 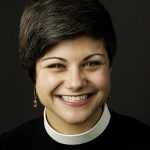 REV. EMMY R. KEGLER is the pastor of Grace Lutheran Church in Northeast Minneapolis. She believes deeply in the use of creativity, imagination, and kinetic learning to pass on the faith and the stories
of Scripture. She lives in Saint Paul and enjoys biking, board games, books, beer, and babysitting her fiancée’s dogs.

REV. EMMY R. KEGLER is the pastor of Grace Lutheran Church in Northeast Minneapolis and author of the book One Coin Found: How God's Love Stretches to the Margins. She believes deeply in the use of creativity, imagination, and kinetic learning to pass on the faith and the stories of Scripture. She lives in Saint Paul and enjoys biking, board games, books, beer, and babysitting her fiancée’s dogs.