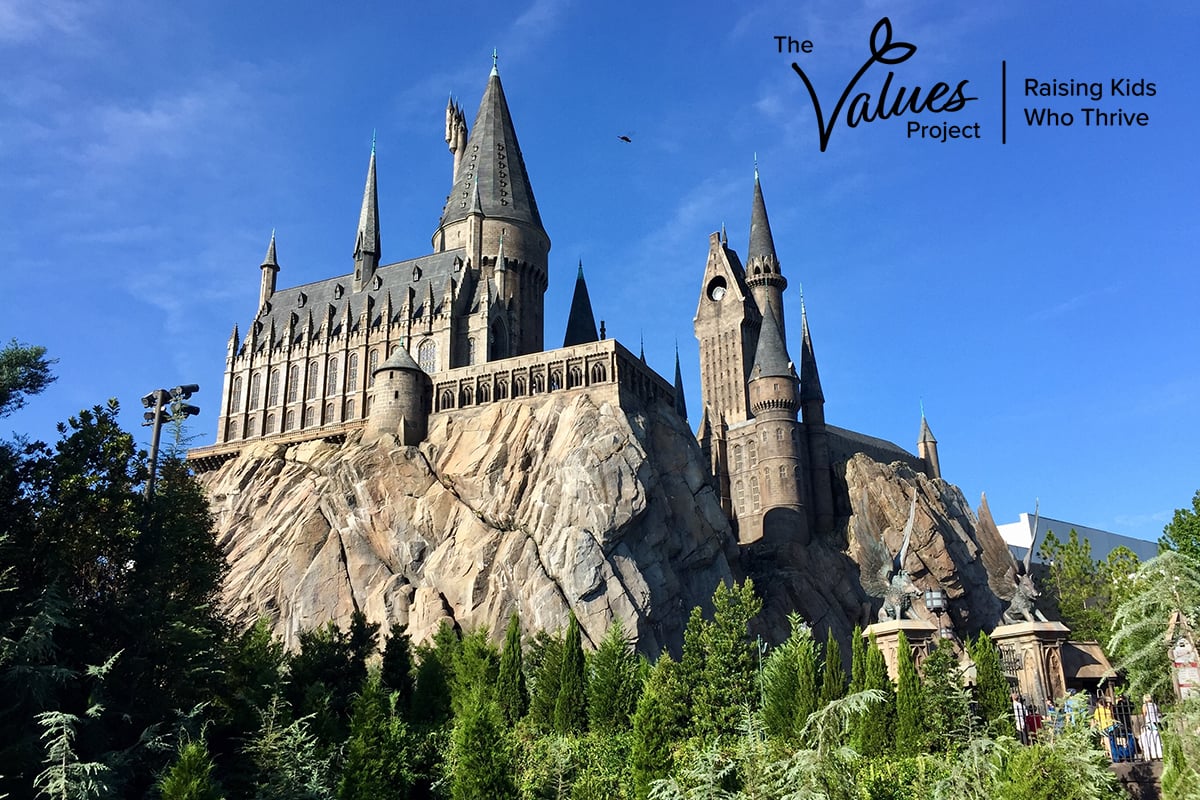 To say I love the Harry Potter books would be an understatement. I love the world of Harry Potter almost as if it truly exists. I’ve spent time in London and Scotland visiting sites of inspiration for J.K. Rowling or places they filmed scenes for the movies. And I visited the studio where they filmed the movies—where most people take between two to four hours to tour it—and spent an entire day there; and I could have stayed much longer if my bus hadn’t been ready to leave me behind.

I, along with many of my friends, am proud to admit that I am a Hufflepuff. Many scoff at this statement and will puff out their chest and claim loudly that they are a Gryffindor. And a few will get a sly grin on their face and boast of being a Slytherin. And still some will excitedly claim to be a Ravenclaw. Don’t get me wrong – these houses are all great. But, there are two things about being a Hufflepuff that stand out: Hufflepuffs are incredibly loyal and inclusive.

One of the reasons Hufflepuffs are the most underrated house (in my opinion) is that loyalty is an underrated value.

Why do we puff out our chests to brag about being the sassy, courageous, and sometimes reckless Gryffindor? Because in some ways jumping into action without thinking is easier than standing your ground.

My little sister is 7 years younger than me. When I came home from college one year when she was in 8th grade, I started talking to her about gossip.

I recalled some hard days where certain factions of my friends would talk about another friend; gossiping is one of the easiest things for people to fall into. And it is during those times that it is hard to not fall from grace and join those friends. It is hard to be the one who stands up for that person outside of your friend group at the moment.

I told my younger sister about my best friend, Hollie. Hollie is a Hufflepuff (the character she most emulates is Tonks, if you were wondering). When one of our good friends was going through a hard time, many of our other friends were getting annoyed by her. And like many, they fell to talking about her behind her back. While I felt uncomfortable by the situation, I didn’t really say anything. But not Hollie; Hollie stood her ground and had our friend’s back. All she had to do in that situation was say one nice thing about our friend and it made everyone stop. They realized they shouldn’t be talking bad about someone we consider a friend.

All it takes to include someone into a group is saying one positive thing when everyone else sees only the negative. In that moment of inclusivity and loyalty you show true courage.